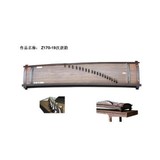 Yangzhou, China
0
Yangzhou JinYun royal musical institute Co., LTD was founded in 1995, which is located in Yangzhou economic Development Zone, and covers an area of 30 acres. The Company is mainly engaged in research and development of folk instruments as zither,Guqin as an integrated enterprise. We get through the ISO9001,ISO4001 certification and currently in China Musical Instrument Association, instruments reform committee governing units, Yangzhou zither association president unit and among the top 50 Chinese musical instruments industry. And also, the company Won the the honnor of famous trademark and famous Brand products in jiangsu province A number of products obtained national patent and won the Gold Prize of the National Musical Instrument Making Competition, has repeatedly been rated as professional distinction and the national contest of specified products.

You can verify Jia Jia using your contacts and professional networks.